Finally, Facebook CEO Mark Zuckerberg on Wednesday commented the Cambridge Analytica case, he admitted that his company has failed in protecting its users, but he pointed out that the company has already adopted necessary measures to prevent future abuses.

“we made mistakes” he said. “We have a responsibility to protect your data, and if we can’t then we don’t deserve to serve you,” reads a statement published by Zuckerberg on Facebook.

“I’ve been working to understand exactly what happened and how to make sure this doesn’t happen again. The good news is that the most important actions to prevent this from happening again today we have already taken years ago. But we also made mistakes, there’s more to do, and we need to step up and do it.”

A team of academics had collected a huge amount of user data and shared the information with Cambridge Analytica which is a commercial data analytics company that allegedly used it to target US voters in the 2016 Presidential election.

The news was confirmed by Facebook over the weekend, the researchers used an app developed by the University of Cambridge psychology lecturer Dr. Aleksandr Kogan to collect user data.

The app named “thisisyourdigitallife” is available to users since 2014, it was provided by Global Science Research (GSR) and asked users to take an online survey for $1 or $2. The app requested access to the user’s profile information, and over 270,000 users gave the app permission to use their personal details for academic research.

The app is a powerful tool to profile users by harvesting information on their network of contacts, its code allowed to collect data from over 50 million users.

Facebook confirmed to have “suspended” any business with Cambridge Analytica (CA) and its holding company.

Facebook discovered the activity in 2015 thanks to claims from its users and adopted the necessary measures to force the involved parties in deleting the data from their servers.

Zuckerberg highlighted that he was not aware of the activities conducted by Cambridge Analytica and that his company prompted interrupted business activities with the firm once discovered it has not deleted collected data.

“Last week, we learned from The Guardian, The New York Times and Channel 4 that Cambridge Analytica may not have deleted the data as they had certified. We immediately banned them from using any of our services.” 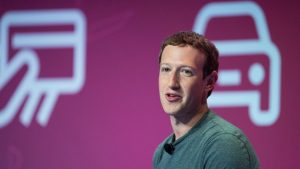 The company will assess all apps that had access to large amounts of information before 2014, when the social network giant took the most important steps to prevent bad actors from accessing people’s data.

Facebook will restrict developers’ data access even further to prevent such kind of situation and it will show users a tool at the top of their News Feed to show the apps they used and revoke them permissions to access their data.

The company will ban any developer that does not agree to a thorough audit.

“We’ll require developers to not only get approval but also sign a contract in order to ask anyone for access to their posts or other private data. And we’ll have more changes to share in the next few days.” continues Zuckerberg while announcing more changes.

Below the complete statement published by Zuckerberg.

The post Zuckerberg on Cambridge Analytica case: we made mistakes appeared first on Security Affairs.