“unfortunately the default configuration of a new My Cloud EX2 drive allows any unauthenticated local network user to grab any files from the device using HTTP requests,” states Trustwave.

According to the experts, the problem tied the embedded UPnP media server that is automatically started when the device is powered on.

“By default, unauthenticated users can grab any files from the device completely bypassing any permissions or restrictions set by the owner or administrator,” continues Trustwave.

Trustwave revealed they found the vulnerability on January 26.

Trustwave reported the vulnerabilities to Western Digital that initially downplayed them, and only recommended users to disable the DLNA. 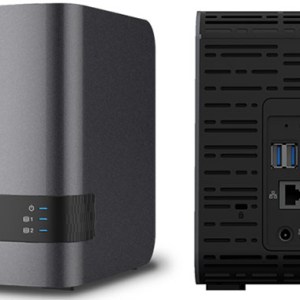 Trustwave published a Proof-of-Concept code for the vulnerabilities, the attack scenario sees the attackers issuing an HTTP request to port 9000 asking for the “TMSContentDirectory/Control” resource, the UPnP server, in turn, will respond with a list of files on the storage. Then the attacker uses subsequent HTTP requests to fetch files from the storage using URLs from the response collected.

“It doesn’t matter that you can set permissions and credentials on the My Cloud EX2 to make sure that your children’s photos are locked down and only available to somebody that’s actually authenticated with the device. By knowing how the traffic works with the My Cloud (EX2) appliance, you can actually get it to feed you any file on the device, regardless of the permissions. That is something new specific to this device.” continues Trustwave.

In February, researchers at Trustwave disclosed other two vulnerabilities in Western Digital My Cloud network storage devices could be exploited by a local attacker to gain root access to the NAS devices.