Some of the most popular music VEVO videos on YouTube, including the world’s most popular video ‘Despacito’ has been hacked by a duo calling themselves Prosox and Kuroi’SH.

Some of the most popular music videos on YouTube, including the world’s most popular YouTube video ‘Despacito’ has been hacked.

Despacito, the Luis Fonsi’s mega-hit that was watched five billion times was replaced by an image of a group of armed men dressed in hooded sweatshirts that appeared to come from the Spanish series “Money Heist.” 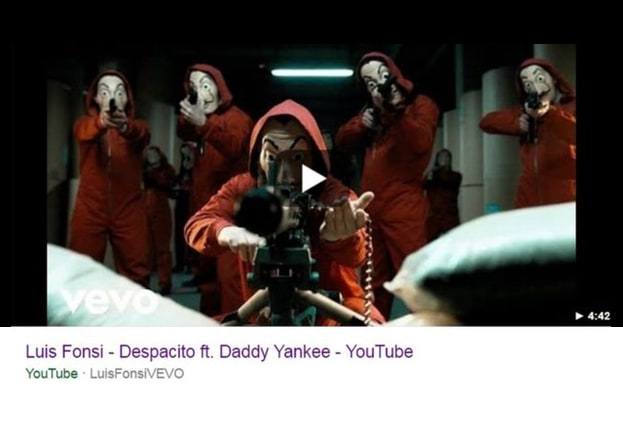 The videos were hacked by a duo calling themselves Prosox and Kuroi’SH.

All the hacked videos are on singers’ accounts belonging to the VEVO platform that is owned by a group of some of the biggest music corporations.

According to YouTube, the problem doesn’t affect its platform but Vevo.

“After seeing unusual upload activity on a handful of Vevo channels, we worked quickly with our partner to disable access while they investigate the issue,” a YouTube spokesperson said.

“We are working to reinstate all videos affected and our catalog to be restored to full working order. We are continuing to investigate the source of the breach,” it said in a statement.

The alleged hacker @ProsoxW3b started posting severs Tweets first saying it has hacked for fun and not for profit.