The researcher Fábio Castro explained that installs expose data because developers forget to disable the debug mode for the Django app.

I made the same query a few hours later and I obtained 28,911 results. 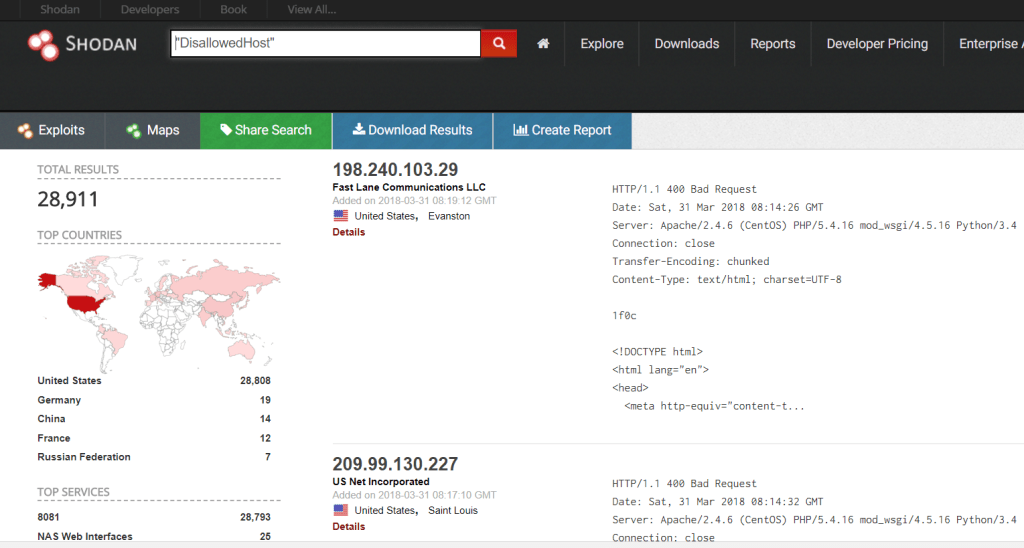 Many servers with debug mode enabled expose very, the experts discovered server passwords and AWS access tokens that could be used by hackers to gain full control of the systems.

“I found this as I was working with the Django framework on a small project,” Castro told Bleeping Computer  “I noticed some error exception and then went searching on Shodan.”

“The main reason [for all the exposures] is the debug mode enabled,” Castro says. “This is not a failure from Django’s side. My recommendation is to disable debugging mode when deploying the application to production.”