The most common vulnerability type is Implementation Flaw. 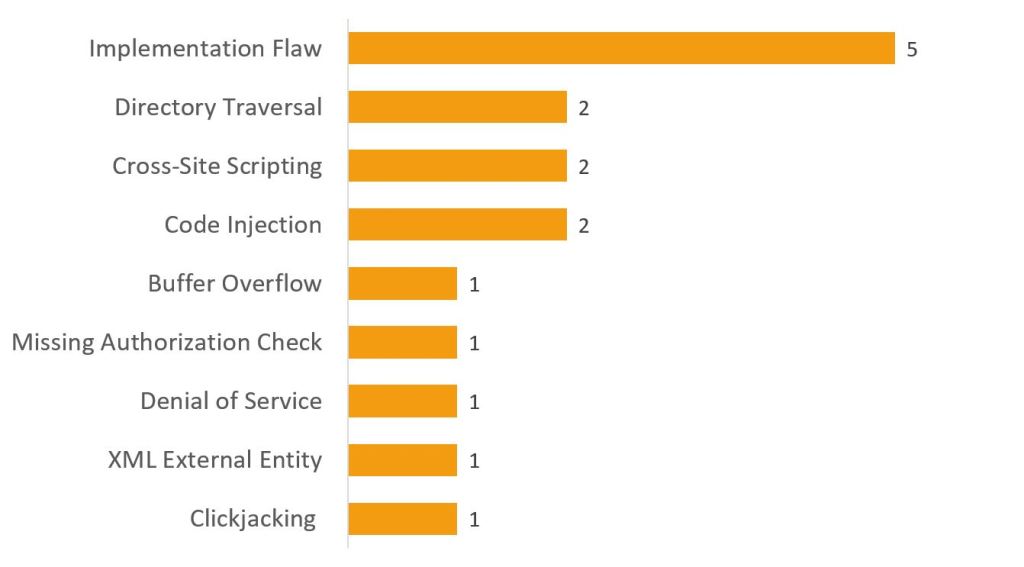 Below the list of security notes released on the April 2018 Security Patch Day:

The most severe note, tracked as 2622660, addresses multiple issues in the web browser controls used to display pages in SAP Business Client 6.5 PL5. The vulnerabilities affect the browser controls for Microsoft’s Internet Explorer (IE) and the open source Chromium.

“The bugs concern vulnerabilities in web browser controls that are used to display pages in SAP Business Client 6.5 PL5. Web browser controls are programmable building blocks that software developers use to embed web pages in their applications.” reads the analysis of the Onapsis firm.

“The latter has been determined to show multiple weaknesses like memory corruption, information disclosure and more. Although the SAP note does not explicitly mention it, similar security flaws can be expected for IE,”

“An attacker can use Denial of service vulnerability for terminating a process of a vulnerable component.” reads the analysis published by the firm ERPScan. “For this time nobody can use this service, this fact negatively influences on a business processes, system downtime and business reputation as result. Install this SAP Security Note to prevent the risks.”

SAP also addressed a code injection vulnerability in SAP Visual Composer that could be exploited by attackers to inject code into the back-end application by sending a specially crafted HTTP GET request to the Visual Composer.