The Philippine central bank has thrown an alert to local financial institutions following a cyber attack against the SWIFT servers at the Malaysian central bank.

The Philippine central bank has thrown an alert to local financial institutions following a cyber attack against the Malaysian central bank.

According to Malaysian governor, the hackers attempted to steal money through fraudulent wire transfers, the good news is that the attack failed.

Bank Negara Malaysia confirmed that no funds were lost in the cyber attack, the hackers sent fake wire-transfer requests over the SWIFT bank messaging network to the target bank in order to trick it to transfer the money.

“We issued a general alert reminder as soon as we got BNM advisory to be extra careful over the long holiday. Although banks already do that as SOP (standard operating procedure),”Bangko Sentral ng Pilipinas Governor Nestor Espenilla said in a phone message.

“Information sharing is part of enhanced defensive protocols against cyber-crime,”.

At the time of writing is still unclear who is behind the attack or the way the hacker breached the SWIFT systems used by the bank.

“Bank Negara did not say who was behind the hack or how they accessed its SWIFT servers. The central bank, which supervises 45 commercial banks in Malaysia, said on Thursday there was no disruption to other payment and settlement systems the central bank operates because of the cyber attack.” reported the Straits Times. 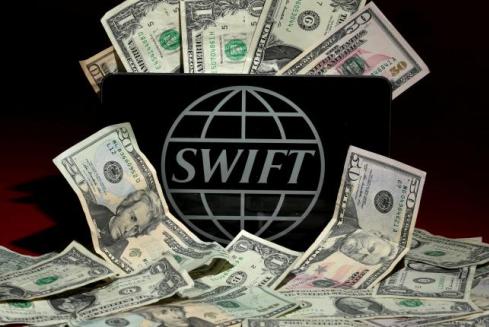 Bank Negara said it had taken additional security measures to protect its stakeholders.

“All unauthorised transactions were stopped through prompt action in strong collaboration with SWIFT, other central banks and financial institutions,” it said in a statement.

The Philippine banks were also involved in the clamorous 2016 cyber heist when hackers stole US$81 million from the Bangladesh central bank, at the time the hackers transferred money into several accounts at Manila-based Rizal Commercial Banking Corp (RCBC) and then used them into the local casino industry.

The Philippine central bank fined RCBC a record one billion pesos (US$20 million) in 2016 for the failure to prevent the fraudulent transfers of money.

RCBC sustained that a rogue employee was responsible for the movement.

“After the attack on our central bank, SWIFT took several measures to protect the system globally but yet this is happening, meaning criminals have more ability and more capable weapons,” Mr Razee Hassan told Reuters in Dhaka.

“So this is the time to further improve the financial transfer system globally.”