Anton Cherepanov, security expert form ESET researcher, discovered two zero-days while analyzing a malicious PDF, according to the researcher the mysterious hacker(s) were still working on the exploits.

The malicious PDF was discovered late in March 2018 (Two suspicious PDF samples zero-day 1, zero-day 2), the analysis of the document revealed it was exploiting two previously unknown vulnerabilities, a remote-code execution vulnerability in Adobe Reader and a Windows privilege escalation flaw.

“The use of the combined vulnerabilities is extremely powerful, as it allows an attacker to execute arbitrary code with the highest possible privileges on the vulnerable target, and with only the most minimal of user interaction. APT groups regularly use such combinations to perform their attacks, such as in the Sednit campaign from last year.” reads the analysis published by ESET.

“The sample does not contain a final payload, which may suggest that it was caught during its early development stages,” Cherepanov said.

By chaining the two vulnerabilities it was possible to escape the Adobe’s sandbox protection and execute arbitrary code inside Adobe Acrobat/Reader.

“The malicious PDF sample embeds JavaScript code that controls the whole exploitation process. Once the PDF file is opened, the JavaScript code is executed,” states the report published by ESET.

Below the steps composing the attack chain:

Even if the chain of the zero-days could be very dangerous, the developers allowed the security community to detect them by uploading it to a known virus scanning engine aiming to test its evasion capability. 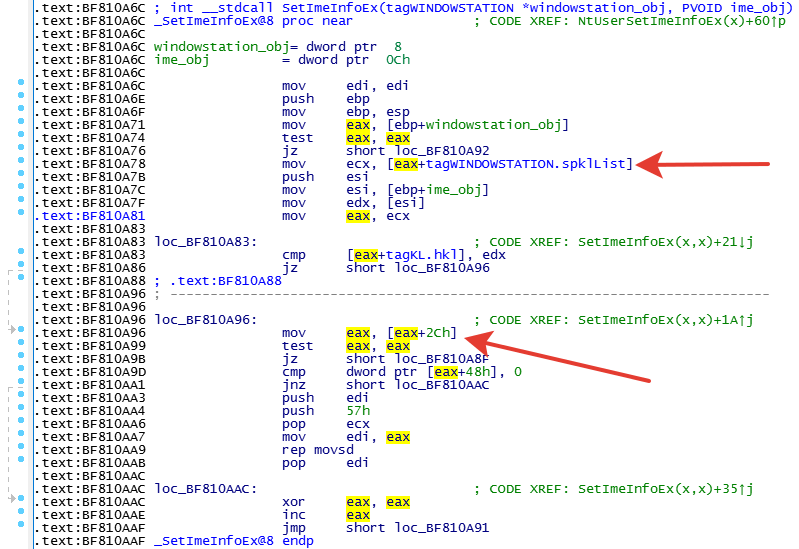