Security experts at Check Point that analyzed North Korea’s antivirus software SiliVaccine discovered it is based on a 10-year-old anti-malware engine developed by Trend Micro.

“In an exclusive piece of research, Check Point Researchers have carried out a revealing investigation into North Korea’s home-grown anti-virus software, SiliVaccine. One of several interesting factors is that a key component of SiliVaccine’s code is a 10-year-old copy of one of Trend Micro’s, a Japanese company, software components.” reads the analysis published by CheckPoint. 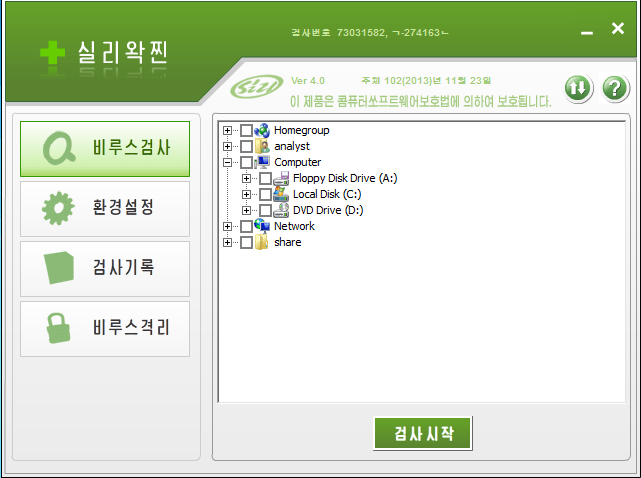 On July 8th 2014 Mr. Williams received a mail containing a link to the software, the message was sent by someone going by the name of ‘Kang Yong Hak’, whose mailbox has since been rendered unreachable.

Kang Yong Hak is believed to be a Japanese engineer, the email contained a link to a Dropbox-hosted zip file that held a copy of the SiliVaccine software, a readme file in Korean language explaining how to use the software and a suspicious looking file posing as a patch for SiliVaccine.

The analysis revealed an interesting feature, the North Korea’s antivirus software whitelisted mystery malware, its signature, in fact, was detected by the legitimate Trend Micro’s solution.

According to the experts, the whitelisted mystery malware may be nation-state malware that North Korea wants to use for surveillance purposes.

“During our research we discovered that the authors of SiliVaccine have chosen to white-list a single very specific malware signature, and effectively ignore any detection of files matching that specific signature. The white-listed signature is Trend Micro’s ‘MAL_NUCRP-5’, described by Trend Micro as:

“…the Trend Micro detection for suspicious files that manifest behavior and characteristics similar to known NUWAR, TIBS, and ZHELAT variants.” continues the analysis.

“This signature doesn’t seem to be related to any one specific malware, but rather seems to detect specific packing related characteristics common in some malware.”

Check Point discovered other singularities, for example, the use of the Themida and Unopix packers commonly used to make malware analysis very hard.

As SiliVaccine is the unique antivirus software in North Korea, the use of the packers could be motivated with the intent of the author to make hard its analysis by foreign actors.

“This revealing exploration into SiliVaccine may well raise suspicions of authenticity and motives of the IT security products and operations of this Hermit Kingdom.” concludes Check Point.

“While attribution is always a difficult task in cyber security, there are many questions raised by our findings. What is clear, however, are the shady practices and questionable goals of SiliVaccine’s creators and backers.”

The post Mysterious findings emerged from the analysis of the SiliVaccine North Korea’s antivirus software appeared first on Security Affairs.