On Sunday, A group of hackers using the moniker ‘OurMine Team‘ has claimed responsibility for the hack of the Twitter accounts of Mark Zuckerberg account on Sunday. OurMine is reportedly a group of young hacker from Saudi Arabia. 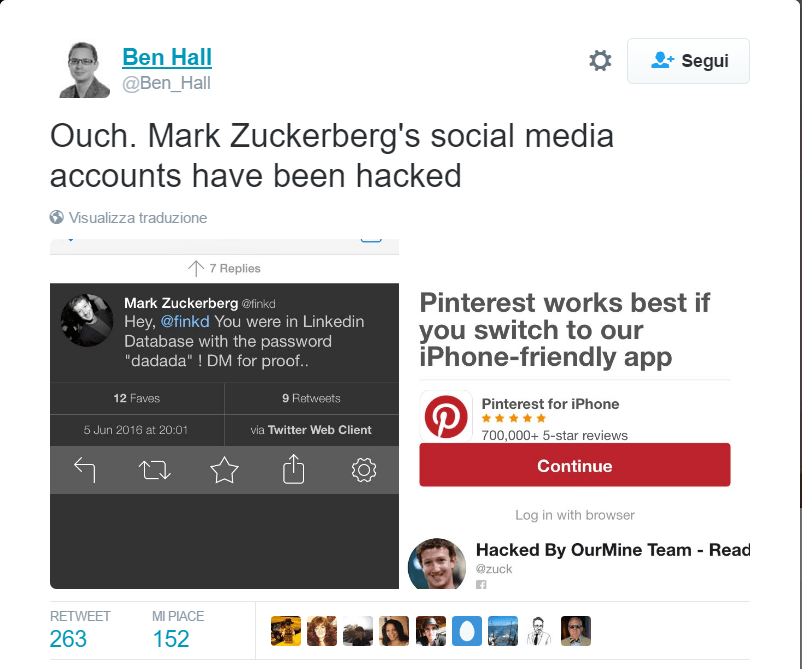 “No Facebook systems or accounts were accessed,” a Facebook spokesperson told VentureBeat in a statement. “The affected accounts have been re-secured.” reported Venturebeat.com.

The OurMine Team hackers explained that the hack was possible thanks to the LinkedIn password dump recently occurred. If confirmed this means that also the King of Social Networks might have used the same credentials among different social media.

At the time I was writing, the Mark Zuckerberg hacked account is up after a temporary suspension to delete OurMine Team’s Tweets. This account was no more used by Zuckerberg since 2012.