6 of the released SAP Security Notes received a High priority rating, two was assessed at Low, and 19 fixes were rated medium.”

Of all 27 SAP Security Notes, 6 have a High priority rating and 19 are rated Medium priority. 4 of all the patches are updates to previously released Security Notes. 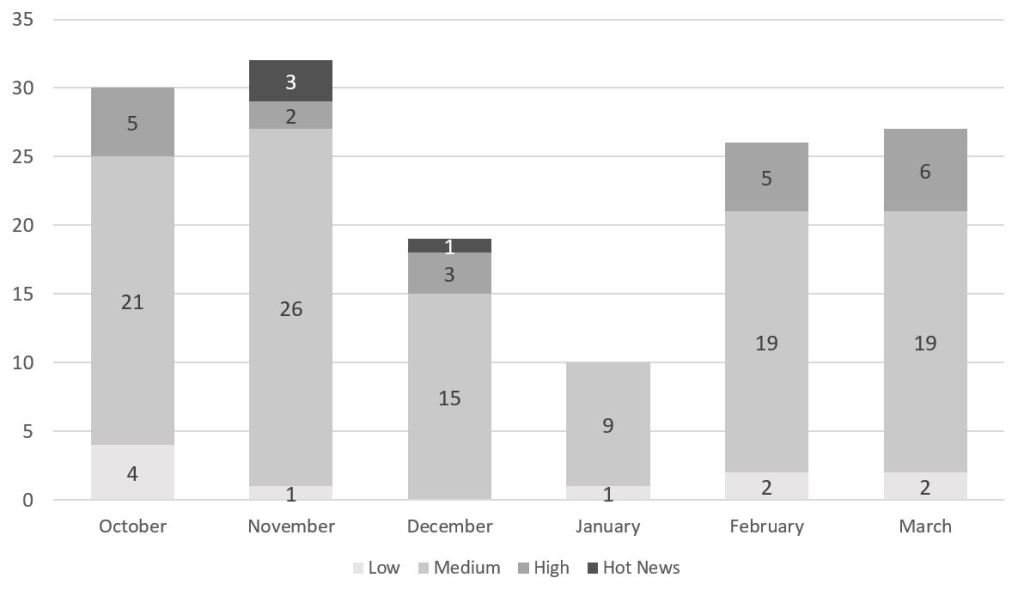 The most common vulnerability type continues to be Missing authorization check since January 2018.

The most severe of the Security Notes addresses three decade-old vulnerabilities in SAP Internet Graphics Server (IGS) and received a CVSS Base Score: 8.8 with a High priority rating.

“The most dangerous vulnerabilities of this update can be patched with the following SAP Security Notes:

2538829: SAP Internet Graphics Server (IGS) has an Security vulnerabilities (CVSS Base Score: 8.8 Memory corruption – CVE-2004-1308, DoS CVE-2005-2974, RCE CVE-2005-3350). Depending on the vulnerability, attackers can exploit a Denial of service vulnerability for terminating a process of vulnerable component. Nobody can use this service. This fact has a negative influence on business processes and business reputation as result. Install this SAP Security Note to prevent the risks.” continues the analysis.

The flaw could be exploited by an attacker to reveal additional information (e.g. system data, debugging information, etc.) that aids in learning about a system and planning more severe attacks.

Further details are available in the analysis published by ERPScan.