Once again we are discussing privacy issues and IT giants, this time, the attention is on Facebook that has been sued for illegally scanning the private messages of its unaware users.

In Northern California, users have launched a class-action lawsuit over allegations that the giant of the social networks uses to scan its users’ private messages without their consent. Facebook is accused to have violated federal privacy laws by scanning the private messages. The situation is even more serious if we consider that the company uses the information to make profits and share it with commercial partners, including advertising firms.

The accusers, Matthew Campbell, and Michael Hurley claim the company is collecting data related the URLs included in the messages and it is organizing it in a searchable form, both actions in contrast with the rules included in the Electronic Communications Privacy Act and California Invasion of Privacy Act.

“The plaintiffs allege that Facebook routinely scans those URLs for advertising and other user-targeting data — and claim that by maintaining those records in a searchable form, Facebook is violating both the Electronic Communications Privacy Act and California Invasion of Privacy Act. Facebook disputes that private messages are scanned in bulk, and maintains the URL data is anonymized and only used in aggregate form.” reports a blog post published by the Verge. 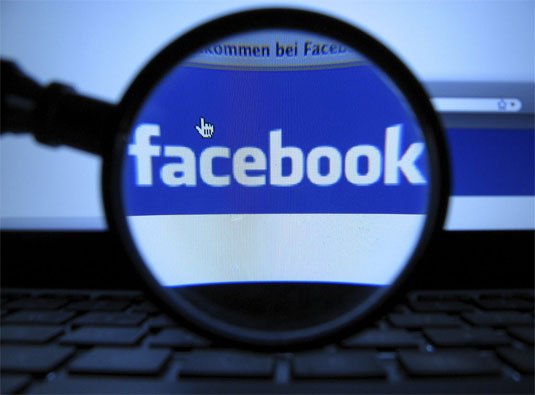 The answer is very simple, the company routinely scans private messages in order to prevent abuse, its engine search for malicious URLs or any link to child pornography and violent content. Anyway, Facebook is accused of using the data resulting from the scan for advertising and to target its offer.

The company defends itself against accusations, claiming that its systems scan users’ private messages in bulk, and keeps any extracted data in an anonymized way.

The plaintiffs sustain that Facebook is currently maintaining a database, dubbed Titan, it includes all the URL-related message alongside with metadata that could be used to track a specific user. Each record includes, for example, the date and time the message was sent, and the user IDs of both the sender and the recipient.

The CNET news portal reached Facebook for a comment on the case and below is reported the reply of a company spokesperson who confirmed they stopped any practice that exposes user’s privacy to serious risk.

“We agree with the court’s finding that the alleged conduct did not result in any actual harm and that it would be inappropriate to allow plaintiffs to seek damages on a class-wide basis,” a Facebook spokesperson told CNET. “The remaining claims relate to historical practices that are entirely lawful, and we look forward to resolving those claims on the merits.”

The position of the company is in contrast with the claims of the plaintiffs that sustain Facebook is still scanning private messages for commercial purposes violating users’ privacy.

“Facebook’s source code not only reveals that Facebook continues to acquire URL content from private messages, but that it also continues to make use of the content it acquires.”

The lawsuit was filed in 2012 and still have to be proceeded, the plaintiffs have until June 8 to file any amended complaints.

If you appreciate my effort in spreading cyber security awareness, please vote for Security Affairs as best European Security Blog. Vote SecurityAffairs in every section it is reported. I’m one of the finalists and I want to demonstrate that the Security Affairs community a great reality.