Weaponized documents are the main ingredient for almost any spam and spear-phishing campaign, let’s see how to steal windows credentials with specially crafted PDF files.

Weaponized documents are the main ingredient for almost any spam and spear-phishing campaign.

Weaponized PDF files can be used by threat actors to steal Windows credentials, precisely the associated NTLM hashes, without any user interaction.

According to a research published by Assaf Baharav, a security expert at Check Point, the attackers just need to trick victims into opening a file.

According to Check Point researchers, rather than exploiting the vulnerability in Microsoft Word files or Outlook’s handling of RTF files, attackers take advantage of a feature that allows embedding remote documents and files inside a PDF file.

Baharav explained that attackers could take advantage of features natively found in the PDF standard to steal NTLM hashes, rather than exploiting a flaw in Microsoft Word files or RTF files.

“The attacker can then use this to inject malicious content into a PDF and so when that PDF is opened, the target automatically leaks credentials in the form of NTLM hashes.” wrote Baharav.

The researcher used a specially crafted PDF document for his proof-of-concept.

When a victim would open the PDF document it would automatically contact a remote SMB server controlled by the attacker, but don’t forget that SMB requests include the NTLM hash for the authentication process.

“The NTLM details are leaked through the SMB traffic and sent to the attacker’s server which can be further used to cause various SMB relay attacks.” continues the expert. 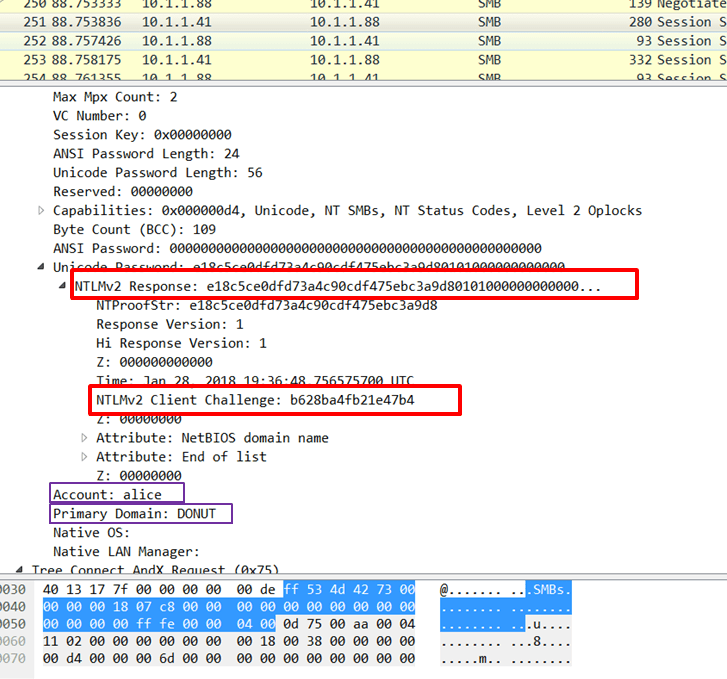 Using this trick the attacker can obtain the NTLM hash and use tools available online to recover the original password.

Such kind of attack is stealth, it is impossible for the victims to notice any abnormal behavior.

Similar techniques leveraging SMB requests were used in the past by several threat actors, but with other types of documents or OS features (i.e. Office documents, shared folders authentication, Outlook)

According to Check Point, almost any Windows PDF-viewer is affected by this security flaw and will reveal the NTLM credentials.

The experts followed a 90 days disclosure policy by notifying both Adobe and Foxit the vulnerability.

Adobe replied that will not fix the issue because it considers the flaw linked to the OS, meanwhile FoxIT still has not responded.

Adobe experts are referring to Microsoft Security Advisory ADV170014, released in October 2017 that implements a mechanism and provides instructions on how users could disable NTLM SSO authentication on Windows operating systems.

Below the reply from Adobe:

“Thank you for checking in on this case.  Microsoft issued an optional security enhancement [0] late last year that provides customers with the ability to disable NTLM SSO authentication as a method for public resources.  With this mitigation available to customers, we are not planning to make changes in Acrobat.“

The post How to use weaponized PDF documents to steal Windows credentials appeared first on Security Affairs.