Checkmarx experts created a proof-of-concept Amazon Echo Skill for Alexa that instructs the device to eavesdrop on users’ conversations and then sends the transcripts to a website controlled by the attackers.

The Alexa virtual assistant could be abused by attackers to spy on consumers with smart devices.

Researchers at security firm Checkmarx created a proof-of-concept Amazon Echo Skill for Alexa that instructs the device to indefinitely record surround voice to secretly eavesdrop on users’ conversations and then sends the transcripts to a website controlled by the attackers.

The rogue Echo Skill for Alexa is disguised as a simple math calculator, once installed it will be activated in the background after a user says “Alexa, open calculator.”

“The Echo is continuously listening for the user’s voice. So when the user says “Alexa, open calculator”, the calculator skill is initialized and the APILambda-function that’s associated with the skill receives a launch request as an input.” reads the report published by Checkmarx. 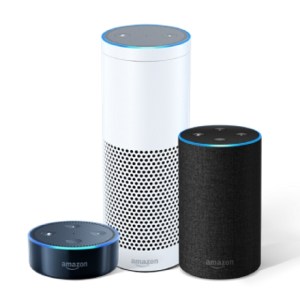 The experts at Checkmarx were able to build a feature that kept the Alexa session up so Alexa would continue listening and customers were not able to detect Alexa’s activity.

The experts manipulated the code used in a built-in JavaScript library (ShouldEndSession) that is used to halt the device from listening if it doesn’t receive voice commands.

“The combination of a session that is still open (shouldEndSession=false) and an un-noticeable (empty) reprompt with a record intent as described above is that even after the user ends the regular functionality of the skill (math calculation within the calculator), the skill will continue to record, will capture the spoken words and send them to a log.” continues the report.

“As long as it will recognize speech and will pick up words, the eavesdropping will continue. Even the default 8-second grace of Alexa prior to closing the skill (in case of silence) will be doubled to 16 seconds due to a silence re-prompt.”

Checkmarx published a video proof-of-concept to show that Alexa can spy on users once they have opened up a session with the calculator app. A second session is created without prompting the user that the microphone is still active.

Any recorded audio is transcribed and transcripts are then sent to the attackers. Checkmarx reported his findings to Amazon that addressed the problem on April 10.

In November 2017, researchers at security firm Armis reported that millions of AI-based voice-activated personal assistants, including Google Home and Amazon Echo, were affected by the Blueborne vulnerabilities.

Virtual assistants are powerful technologies by dramatically enlarge our surface of attack, for this reason, it is essential to develop them with a security-by-design approach.