Cisco issues a critical patch to address a remote code execution vulnerability in the Cisco WebEx software, hurry up apply it now!

Cisco has issued a critical patch to fix a serious vulnerability (CVE-2018-0112) in its WebEx software that could be exploited by remote attackers to execute arbitrary code on target machines via weaponized Flash files.

The vulnerability affects both client and server versions of WebEx Business Suite or WebEx Meetings. Cisco urges its users to update their software to fix the problem.

“The vulnerability is due to insufficient input validation by the Cisco WebEx clients. An attacker could exploit this vulnerability by providing meeting attendees with a malicious Flash (.swf) file via the file-sharing capabilities of the client. Exploitation of this vulnerability could allow arbitrary code execution on the system of a targeted user.”

The flaw has received a CVSS score of 9.0 and was rated as a ‘critical’ severity issue by Cisco. 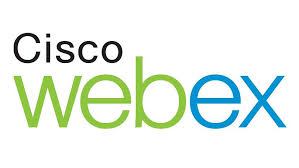 The vulnerability was reported by the ENISA security expert Alexandros Zacharis of ENISA, it is due to insufficient input validation by the Cisco WebEx clients.

Zacharis discovered that an attacker could submit a malicious Flash file (.swf ) to a room full of attendees using the file sharing feature, then trigger the flaw to execute arbitrary code.

Cisco has already released software updates that fix the flaw, it confirmed that is not aware of any attacks exploiting the vulnerability in the wild.

Cisco added that currently there is no workaround to address the problem.