An analysis conducted by the Norwegian research nonprofit SINTEF revealed that the popular Grindr gay dating app is sharing its users’ HIV status with two other companies.

Grindr gay-dating app made the headlines again, a few days ago an NBC report revealed that the app was affected by 2 security issues (now patched) that could have exposed the information of its more than 3 million daily users.

An attacker could have exploited the feature to access location data, private messages to other users, and profile information, even if they’d opted out of sharing such information.

The security issues were identified by Trever Faden, CEO of the property management startup Atlas Lane, while he was working at his website C*ckblocked that allowed users to see who blocked them on Grindr.

Faden discovered that once a Grindr logged in his service, it was possible to access to a huge quantity of data related to their Grindr account, including unread messages, email addresses, and deleted photos.

“SVT and SINTEF conducted an experiment the 7th of February 2018 to analyse privacy leaks in the dating application Grindr. This was realised for the Sweedish TV program “Plus granskar“, that you may watch online.” reported SINTEF.

“We discovered that Grindr contains many trackers, and shares personal information with various third parties directly from the application.” 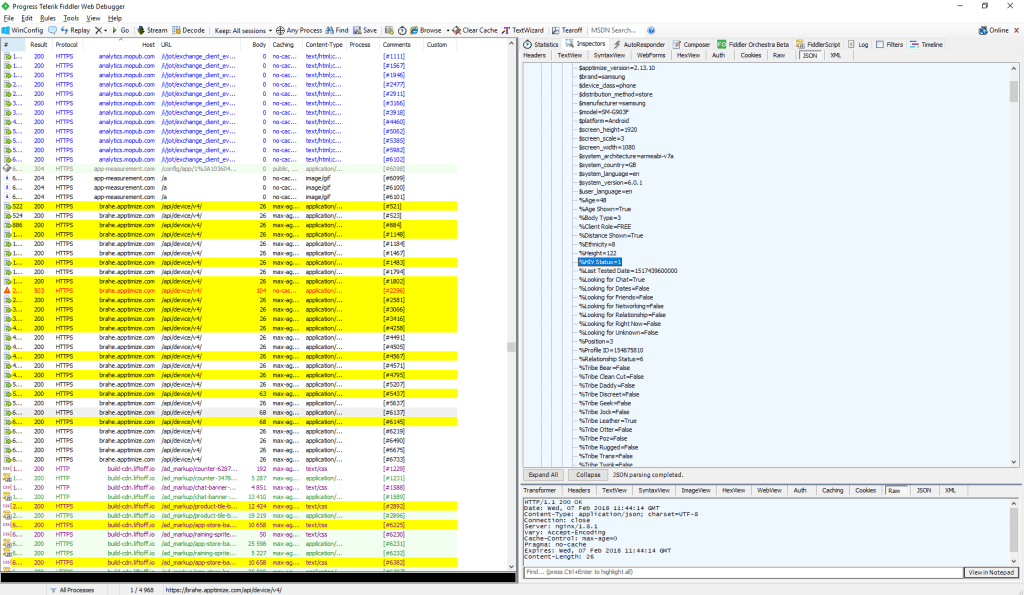 Profiles include sensitive information such as HIV status, when is the last time a user got tested, and whether they’re taking HIV treatment or the HIV-preventing pill PrEP.

“It is unnecessary for Grindr to track its users HIV Status using third-parties services. Moreover, these third-parties are not necessarily certified to host medical data, and Grindr’s users may not be aware that they are sharing such data with them.” added SINTEF.

The disconcerting aspect of this revelation is that Grindr has been sharing users’ HIV statuses and test dates with two companies that help optimize the app, called Apptimize and Localytics.

“The two companies — Apptimize and Localytics, which help optimize apps — receive some of the information that Grindr users choose to include in their profiles, including their HIV status and “last tested date.” BuzzFeed reports

“Because the HIV information is sent together with users’ GPS data, phone ID, and email, it could identify specific users and their HIV status, according to Antoine Pultier, a researcher at the Norwegian nonprofit SINTEF, which first identified the issue.”

In some cases, this data was not protected by encryption.

Hours after BuzzFeed’s report, Grindr told Axios that it had made a change to stop sharing users’ HIV status. The company’s security chief, Bryce Case, told Axios that he felt the company was being “unfairly … singled out” in light of Facebook’s Cambridge Analytica scandal and said that the company’s practices didn’t deviate from the industry norm.

Grindr’s chief technology officer, Scott Chen, pointed out that data was shared “under strict contractual terms that provide for the highest level of confidentiality, data security, and user privacy.”

In a statement released Monday afternoon, Grindr confirmed that it would stop sharing the HIV data.

The company also confirmed to CNNMoney that it has already deleted HIV data from Apptimize, and is in the process of removing it from Localytics.