The British train company Great Western Rail announced it has suffered a security breach that affected at least 1,000 accounts out of more than a million.

The company owned by the FirstGroup transport business runs trains between London, Penzance, and Worcester

The company is now extending the incident response measure to other account holders.

“We have identified unauthorised automated attempts to access a small number of GWR.com accounts over the past week,” a spokesman told the BBC.

“While we were able to shut this activity down quickly and contact those affected, a small proportion of accounts were successfully accessed.”

“The success rate of the automated logins was extremely low, suggesting any passwords used were likely harvested elsewhere,”

In the following image is reported a data breach notification received by a customer. 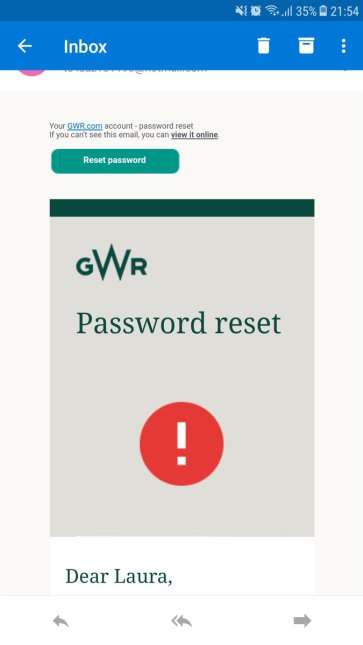 The messages inform users that Great Western Rail has reset all GWR.com passwords as a precaution.

“To ensure the security of your personal information you will need to do this when you next log in to the GWR.com website.” reads the message.

As usual, let me suggest using a strong password and enable two-factor authentication when available.

The post Great Western Railway asks users to reset passwords due to a security breach appeared first on Security Affairs.