Google announced that mitigations for devices with Intel processors that are affected by the Spectre and Meltdown vulnerabilities will be available for latest stable channel update for Google’s Chrome OS operating system.

The Meltdown and Spectre attacks could be exploited by attackers to bypass memory isolation mechanisms and access target sensitive data.

The Meltdown attack could allow attackers to read the entire physical memory of the target machines stealing credentials, personal information, and more.

The Spectre attack breaks the isolation between different applications, allowing to leak information from the kernel to user programs, as well as from virtualization hypervisors to guest systems.

Google addressed the Meltdown issue in Chrome OS with the release of the version 63 in December, tens of days before researchers at Google Project Zero disclosure the flaws. 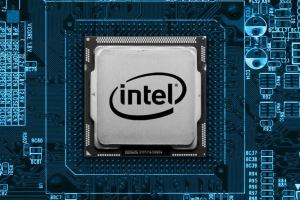 Google rolled out the KPTI/KAISER patch to address the flaw in 70 Intel-based Chromebook models from various vendors, including Acer, ASUS, Dell, HP, Lenovo, and Samsung.

This week the company released Chrome OS 65 release that also includes the KPTI mitigation against Meltdown for a number of Intel-based systems that were not addressed in with version 3.14 of the kernel.

According to Google, all older Chromebooks with Intel processors should get the KPTI mitigation for Meltdown with the release of Chrome OS 66 that is scheduled for release on April 24.

“The Stable channel has been updated to 65.0.3325.167 (Platform version: 10323.58.0/1) for most Chrome OS devices. This build contains a number of bug fixes and security updates.” reads the Google announcement.

“Intel devices on 3.14 kernels received the KPTI mitigation against Meltdown with Chrome OS 65.

All Intel devices received the Retpoline mitigation against Spectre variant 2 with Chrome OS 65.”

Chrome OS devices running on ARM-based systems are not affected by Meltdown. Google is working to cover also Spectre issues.