Security researchers at Cybereason recently discovered a credential-stealing malware dubbed Fauxpersky, that is masquerading as Kaspersky Antivirus and spreading via infected USB drives.

Fauxpersky was written in AutoIT or AutoHotKey, which respectively are a freeware BASIC-like scripting language designed for automating the Windows GUI and general scripting and a free keyboard macro program to send keystrokes to other applications.

After initial execution, the Fauxpersky keylogger gathers the listed drives on the machine and starts replicating itself to them.

“This AHK keylogger utilizes a fairly straightforward method of self propagation to spread. After the initial execution, the keylogger gathers the listed drives on the machine and begins to replicate itself to them. Let’s examine the process:” reads the analysis.

The malware renames the external drives to match its naming scheme, the new name is composed of the following convention:

it also creates an autorun.inf file to point to a batch script.

One of the dropper files, Explorers.exe, includes a function called CheckRPath() designed creates the files if they are not already present on the drive.

The keylogger created the files with attributes System and Hidden and also creates the necessary directories, with parameters of Read-Only, System, and Hidden.

“When starting the process of creating the component files (HideRFiles()) we begin by starting a loop. This loop allows the keylogger to iterate over the various output files it needs to write to disk in a structured way.” continues the analysis. “We can see that the link (a .lnk shourtcut file), text, and batch files will all be created for each disk to start. Then the value passed to the function gets incremented to allow the created directory to be moved as a whole once the files have been placed there. “

Fauxpersky monitors the currently active window using the AHK functions WinGetActiveTitle() and input(), Keystrokes are appended to the file Log.txt that is stored in %APPDATA%Kaspersky Internet Security 2017.

The malware gains persistence by changing the working directory of the malware to %APPDATA% and creating the Kaspersky Internet Security 2017 folder. It checks that all the necessary files are created in %APPDATA% and copies them there if they aren’t.

The files Spoolsvc.exe is used to change the values of registry keys to prevent the system from displaying hidden files and to hide system files, then it verifies if explorers.exe is running and launches it if not. 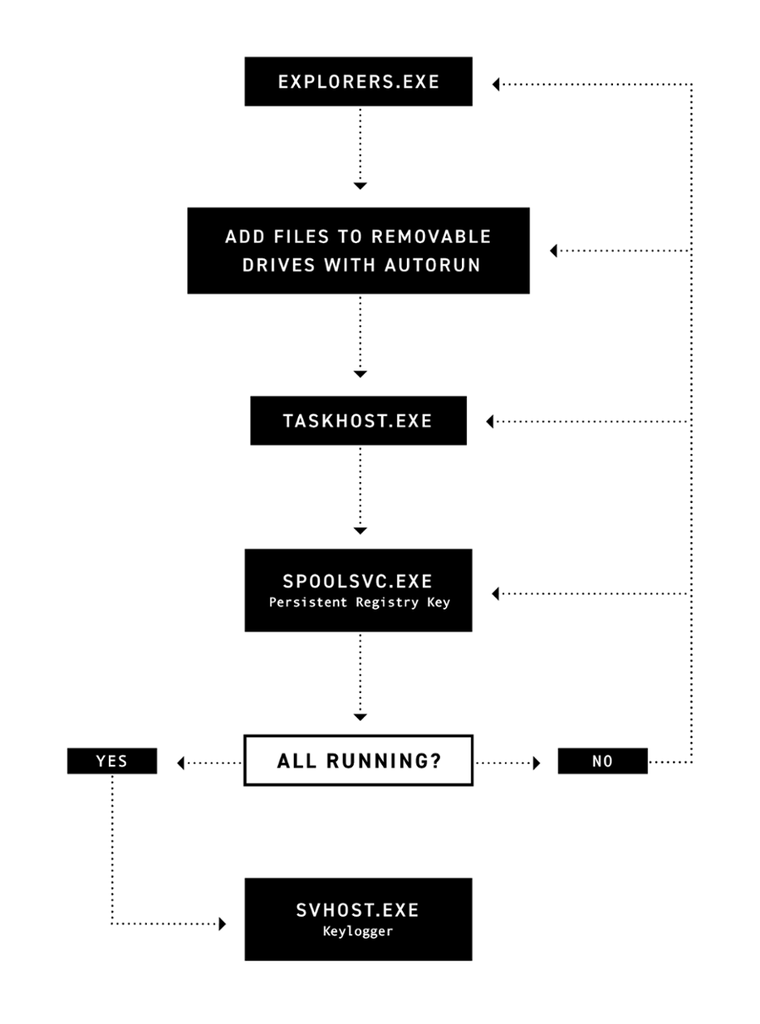 “Exfiltrating data to a Google form is a very simple and clever way to overcome a lot of the “logistics” involved in data exfiltration. Using this technique means there’s no need to maintain an anonymized command and control server plus data transmissions to docs.google.com is encrypted and doesn’t look suspicious in various traffic monitoring solutions.” Cybereason concluded.