The UE issued new recommendations to tackle illegal content online, it asked internet companies to promptly remove terror content from their platforms within an hour from notification.

On Thursday, the UE issued new recommendations to internet companies to promptly remove “harmful content,” including terror content, from their platforms.

“As a follow-up, the Commission is today recommending a set of operational measures accompanied by the necessary safeguards – to be taken by companies and Member States to further step up this work before it determines whether it will be necessary to propose legislation.” reads the fact sheet published by the European Commission.

It is a call to action for the tech firms and social media giants to take down “terrorist content” within an hour of it being reported, the recommendation is directed to major services including YouTube, Facebook, and Twitter.

These platforms are daily abused by terrorist organizations like Islamic State group, the EU’s recommendations follow the demands of the nations participant at the 2017 G7 Summit held in Taormina, Italy, that urged action from internet service providers and social media giants against extremist content online. 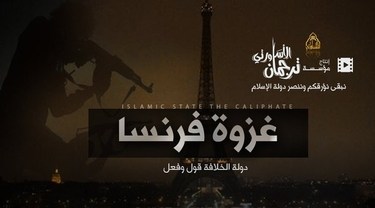 The European Commission is teaming up with a group of US internet giants to adopt additional measures to fight web extremism, but at the same time, it warned it would adopt consider legislation if the Internet firms will not follow the recommendations.

“While several platforms have been removing more illegal content than ever before — showing that self-regulation can work — we still need to react faster against terrorist propaganda and other illegal content,” said the commission’s vice-president for the Digital Single Market Andrus Ansip.

“This content remains “a serious threat to our citizens’ security, safety, and fundamental rights,”

The European Commission recognized the results achieved by internet firms in combatting illegal content, but the adversaries are very active and there is still a lot of work to do.

“significant scope for more effective action, particularly on the most urgent issue of terrorist content, which presents serious security risks”.

The European Commission pretends that terrorist content should be taken down within one hour of being reported by the authorities, it also urges more strictly monitoring and proactive actions against the illegal content.

The EU suggests the adoption of automated detection systems that could support tech firms to rapidly identify harmful content and any attempt to re-upload removed illegal content.

The new recommendations specifically address also other types of harmful illegal content such as hate speech and images of child sexual abuse.

“Illegal content means any information which is not in compliance with EU law or the law of a Member State. This includes terrorist content, child sexual abuse material (Directive on combating sexual abuse of children), illegal hate speech (Framework
Decision on combating certain forms and expressions of racism and xenophobia by means of criminal law), commercial scams and frauds (such as Unfair commercial practices directive or Consumer rights directive) or breaches of intellectual property rights (such as Directive on the harmonisation of certain aspects of copyright and related rights in the information society).” continues the EC.
“Terrorist content is any material which amounts to terrorist offences under the EU Directive on combating terrorism or under national laws — including material produced by, or attributable to, EU or UN listed terrorist organisations.”

According to the commission, internet firms removed 70 percent of illegal content notified to them in the preceding few months.

The post European Commission requests IT firms to remove ‘Terror Content’ within an hour appeared first on Security Affairs.